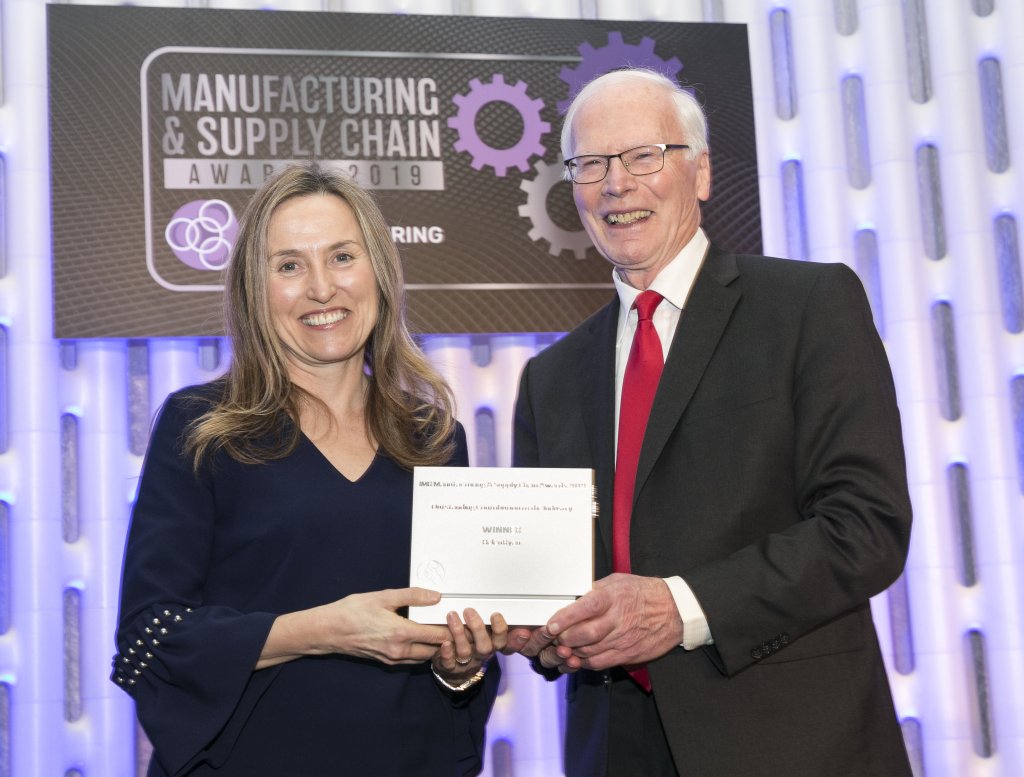 IRELAND- Former CEO and non-executive director of Creganna-Tactx Medical, Helen Ryan has been crowned the Outstanding Industry Contribution winner at this year’s IMR Manufacturing and Supply Chain Awards. The glittering event which celebrates the finest in Irish Manufacturing took place at The Citywest Hotel Convention Centre on the evening of the 17th of January.

Unlike other awards ceremonies, the event recognised hard work, innovation and dedication to the industry. Female business leader Galway woman Ryan scooped the title for enabling Creganna-Tactx Medical to become one of the world’s top 10 medical device outsource providers. Her time as CEO ensured the company grew fivefold to become the largest indigenous medical device company in the world.

Speaking about her win, Helen Ryan says ‘I’m thrilled to have won at this year’s IMR Manufacturing and Supply Chain Awards. It’s not often the medical device industry gets recognised for its people and innovation despite the industries efforts to keep Ireland on the map as a leading manufacturer in the med tech field.’

Speaking about Helen Ryan’s win, John Whelan, Chairman of Premier Publishing and Events said: ‘Premier Publishing and Events are delighted to see a former female CEO win at this years Irish Manufacturing Research (IMR) Manufacturing and Supply Chain Awards. Helen has contributed to putting Ireland on the map as a leader in producing innovative technologies in the medical device sector and we wanted to recognise her hardwork and determination in bringing this to fruition. Congratulations to all our other winners also who continue to contribute a significant amount of hardwork and dedication to Ireland’s manufacturing industry.’

Commenting on this year’s awards and finalists, Barry Kennedy, CEO, Irish Manufacturing Research said: ‘This year’s finalists were chosen because they have demonstrated the ability to navigate change and innovation as industry leaders, and as such, they represent the very best within Ireland’s Manufacturing industry today. Through Irish Manufacturing Research (IMR) we look forward to supporting their growth and success now and into the future and we are proud to remain at the forefront, championing advancements in manufacturing across the island of Ireland. We look forward to continuing to assist our member company’s put the necessary building blocks in place as they continue to lead through hard work, innovation and determination. On behalf of IMR, I would like to sincerely thank all of the businesses that entered this year’s Awards programme. Through their success, they make an invaluable contribution to the economy, employment and Ireland’s reputation – and they should be applauded for these achievements’.